QUEERING THE FILIPINO DIASPORA IN CANADA 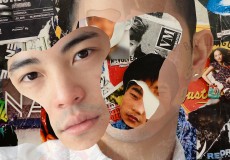 StandStill (2013) is a short documentary on the filmmaker’s journey to bring together her gay brother and devout Catholic parents to discuss religion and homosexuality. The film’s trailer is available at: https://vimeo.com/joellacabalu/standstilltrailer.

ABOUT THE PANEL DISCUSSION

The screening will be followed by a panel discussion featuring the filmmaker in conversation with scholars and activists whose work revolves around the sexualities of Filipinos in Canada and queer activisms.

* light snacks will be served

The Philippine Studies Series (PSS) is a series of activities that highlight academic work, community action and art, providing a venue for the discussion of Philippine issues in Vancouver, Canada.

PSS is funded by the Liu Institute for Global Issues at the University of British Columbia. [Read more...]

Questions? Or want to volunteer?

Email us at ubc.pss[at]gmail.com or ask on Facebook. We're friendly!